Disney Movies have been and continue to be my favourite. I enjoy Disney movies, I have grown up watching them. Fairy tales were the first kind of books that I read. Cinderella was my favourite; the glass shoes, the ball, the fairy Godmother,the Prince.
Growing up, the misty, dreamy cloud of the fairy tales disappeared and the reality began to seep in. From dreaming about a Prince Charming for myself, I have come a long way to realise that a prince charming or a not so charming average boy is not as important as I am. I do not have anything against fairy tales, they are beautiful and larger than life. They make you believe in dreams and in the impossibles. I just want a closer to life fairy tale. Disney made it in 2014. Maleficent is the perfect blend of reality and fantasy.

The first time I got introduced to Disney's Maleficent was in an animated conversation with a friend. She had strongly advised me to watch it. I did watch it, the first chance I got and I was bowled over. Maleficent(adj): harmful, malicious is a re-imagining of Sleeping Beauty from the perspective of Maleficent, the antagonist. The movie has so much to offer,explores so many aspects about human relationships and life in general. 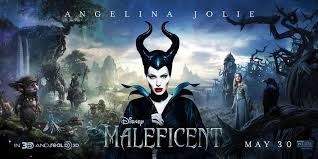 True love doesn't exist.
Maleficent herself and King Stefan have echoed this thought throughout the movie; King Stefan because he deceived the woman he claimed to love and Maleficent because she was deceived by her true love. The movie ends on a note where it is proved that True love does exist and we can not be happier. The true love that triumphed in the end wasn't the one that the prince had for Aurora, it was the love that Maleficent had for her. Maleficent is the evil fairy who cursed Aurora to prick her finger on a spindle of a sewing machine and fall into a sleep like death. Maleficent revokes the curse by offering a antidote that the curse will be broken by a kiss from a true lover. Maleficent looks out for Aurora when she was an infant and continued to do so as she grew up. It was only a matter of time that Maleficent grew fond of the girl and became her God Mother. The fondness for Aurora turns so strong that Maleficent wants to revoke the entire curse but cannot. It is the kiss on her forehead by Maleficent that brings Aurora back to life. The love and bond that the two share is that of a mother and daughter. No truer love has ever existed. We always look for love in our significant other while completely forgetting the love our parents, our siblings, our friends shower on us. Always and always appreciate and acknowledge the little things people do for you. Going an extra mile for somebody truly reflects the love.

Hero vs Villain
Why have we always loved our heroes and heroines and always hated the villains? The concept of good and bad never made sense to me.The villains have a dominant evil side that rose to dominance circumstantially. The heroes have a dominant good side. Maleficent is not all evil and she does prove it. She is the hero and the villain who seized the day. She is the one who cursed Aurora and the one who broke the curse. Maleficent is the round character that draws inspiration from reality. The movie glorifies the greys. It is important the we acknowledge the fact that there is a grey matter that overlaps both the black and white. Nobody is essentially good or bad.

Maleficent wants to make sure that Aurora turns sixteen and falls into a sleep like death, that is what will bring peace to her broken heart. She was wronged by King Stefan and she wants to take the revenge by cursing his daughter. With time, Maleficent grows fond of the girl and ends up loving her dearly and truly. The power of love is so strong that the evil villain becomes the hero. Maleficent is a character that can see beyond her hatred, she has the ability to love and love again. Maleficent is the villainous hero that I love.
Posted by Kangan Gupta at 05:00