So this one is like three weeks late. I had seen in news channels and news paper the telecast and highlights of India Today's Youth summit. I could only think of attending it since I wasn't eighteen. When I turned eighteen I missed the opportunity because of God knows what. I missed the opportunity to witness Priyanka Chopra live giving the audience the insight on her success. 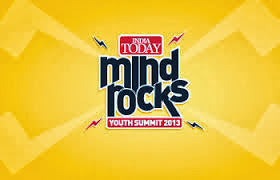 This time I booked my passes as soon as I could. Mind Rocks 2013, a youth summit by India Today was an amazing amazing experience. There was Farhan Akhtar telling how directing and acting have been important in his life. How he signed Aamir Khan for his first directorial venture. He shared the entire process of those six pack abs in Bhaag milkhaa Bhaag. Truly, ever since I saw Dil Chahta Hai and Lakshaya, I loved Farhan akhtar and his kind of movies. And then I saw Rock On. I loved him as an actor and a singer as well. Tum Ho Toh iss a ffreeakinn amazing song. Then he danced with some of the people from the audience to the tunes of "Hawan Karenge." . Definitely Farhan being myy favourite person from bollywood, i loved his section the best. He only earns more respect by starting a campaign like MARD. Farhan dressed in a very simple pants t-shirt and a jacket. He was courteous and patient with all those questions. The crowd went mad when he played the guitar. I was all wide eyed and starstruck.

Special mention to the section where DR Kiran Bedi, Gul Panag and Nishtha Gautam discussed Crime Not Age. This was one hell of a session. The nature of crime, the heinousness of crime should be taken into account when it comes to the punishment and not the age. A country where the consent and the age to have sex is sixteen, the seventeen years and something months old rapist is saved becuase of his age.  Somebody who  has the mind to do such an act should be punished for it. There was Jyoti Singh (Damini)'s parents also.Her mother was such an epitome of strength and I am sure everybody was moved to tears when she was speaking. She had wanted the movement to do something better for the rest of the girls. She said her daughter wasn't the one who should be ashamed of anything but those monsters.#Respect. 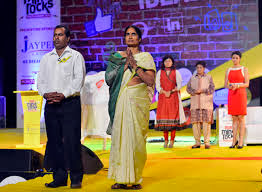 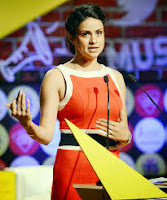 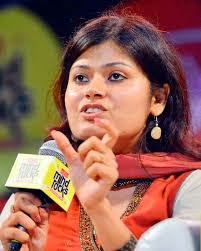 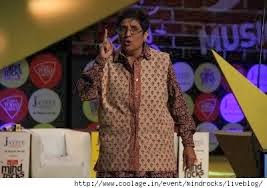 The session with Virat Kohli was great too. He couldn't speak for a long time because the roaring crowd wouldn't let him start with his initial pleasantries even. He was more interested in his cup of coffee. All said and done he was nice and it was good to hear him say how wrong and arrogant he had been in his initial years.Loved Leander Paes and his two cents on tennis and success. He narrated the times when he had to sleep in the dressing room and how he went ahead with tennis and the success that followed. The one with Hard Kaur was another personal favourite. She rightly put what was bothering me for soo long. She talked about how she does songs for bollywood and said those were mere money earners for her. The real hard-core rapping was what she did before bollywood and what we can hear in the coke studio. She is a reallyy cool person. She danced and rapped. She was interviewed by Aparshakti Khurana. He is like the coolest RJ there is. 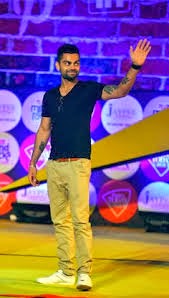 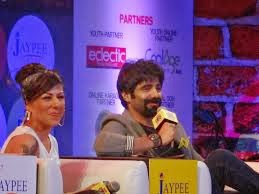 The lunch and breakfast offered was reallyy nice too. Overall, it was a saturday well spent. I am never going to forget that day. Will be looking forward to Mind Rocks 2014.

The pictures are from google. I was sitting far away from the stage and couldn't take clear pictures.
Posted by Kangan Gupta at 07:07